In our long searches on fashion and textiles we have found an article from the National Geographic written by the finding of a female tomb from Viking history dating from the XNUMXth century.

But, although this is an impressive find, what has left archaeologists and researchers most astonished is that they have found pieces of embroidered textile inside this tomb, something very unusual and highly valued due to the great importance of textiles in Viking times.

The team of researchers from NTNU Trondheim University MuseumIn Norway, he has found an unconventional Viking tomb that is more than a thousand years old.

The wooden burial chamber covered with an elongated burial mound was found in 2020 in Trøndelag county, dated between 850 and 950 AD, in the middle of the Viking era; In it they have found some artifacts that, to the surprise of the researchers, they have turned out to be 8 pieces of embroidered cloth, among which are wool and linenSome pieces were about 11 cm long, which has left researchers and archaeologists very surprised because these types of materials tend to wear out over time.

Researcher Ruth Iren Øien tells us that these types of finds have been found in few and opulent tombs like OsebergIt is also very rare for them to make a find like this in central Norway, since this type of burial was carried out in Sweden and in ancient Danish areas as explained by the archaeologist and project manager Raymond Sauvage.

The importance of textiles for the Vikings

The textile in the Viking era was a very precious and valuable material, making clothes for an ordinary family took a long year and required the work of a single person In addition, to weave the sails of his famous boats, he needed the wool of more than two thousand sheep, which was a very laborious and expensive job in both cases.

That is why the researchers say that having found these pieces of cloth in the tomb of this unknown woman indicates that without a doubt she must have belonged to the elite at that time, since Finding textiles in these types of tombs has the same or even more value than finding a jewel or a funerary amulet. 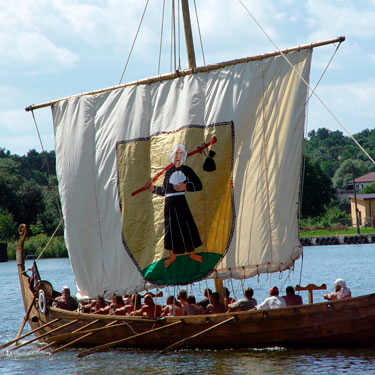 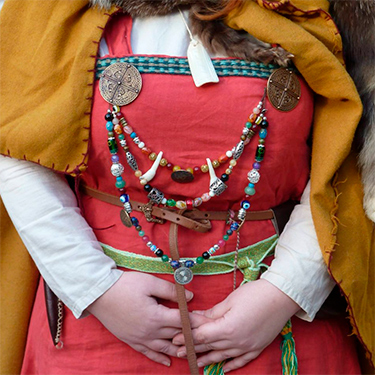 The value and workmanship of textile materials has changed a lot over time.

Fortunately, it is no longer necessary to work a whole year to dress a single family, nor the wool of two thousand sheep to make the sails of our boats, we have any type of garment of any material at our fingertips and at Rafasshop we give you the opportunity to embroider your clothes like a real Viking.

Do you dare to create your own embroidered design with our online designer?

Categories
Recent posts
Find out about all the publications
We use cookies and similar tools to improve your shopping experience, provide our services, understand how you use them in order to improve them, and to show you advertisements. These tools are also used by authorized third parties in connection with the advertisements we display.
More info Accept