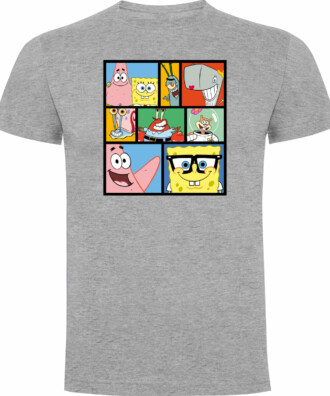 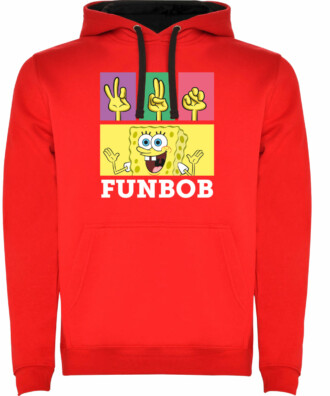 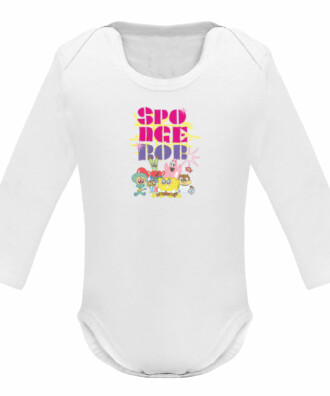 Rafasshop brings you the funniest SpongeBob designs from Nickelodeon!! Find out which one is the best seller? 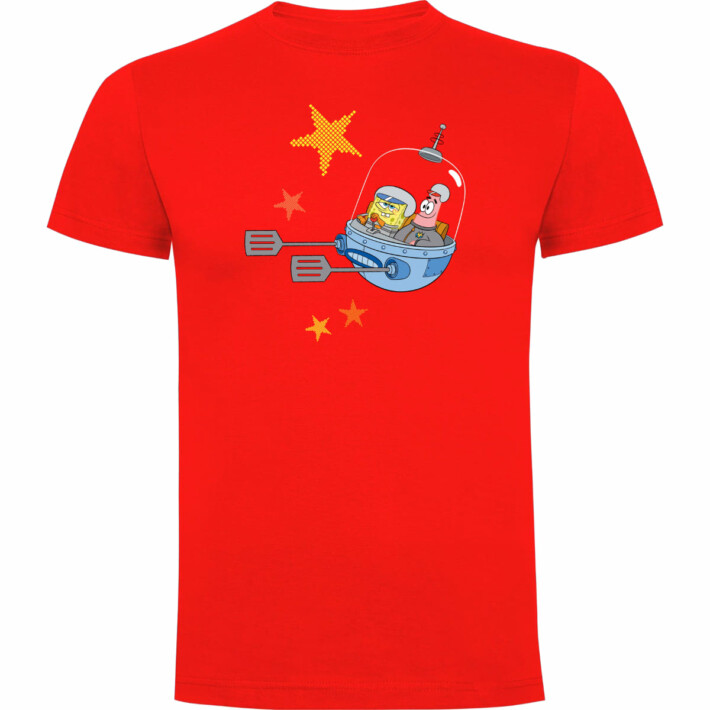 Explore all the official SpongeBob designs: 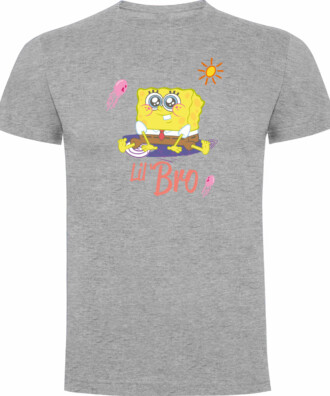 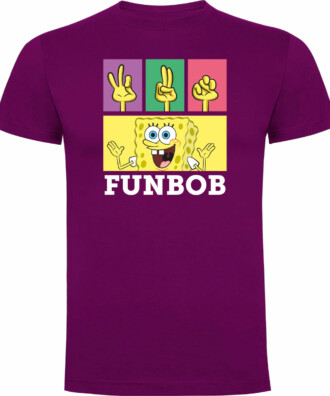 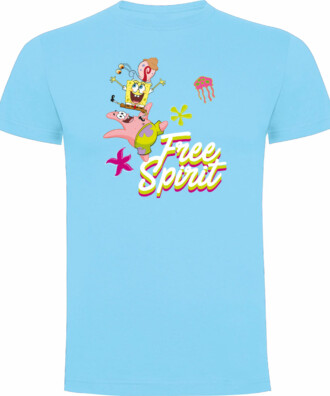 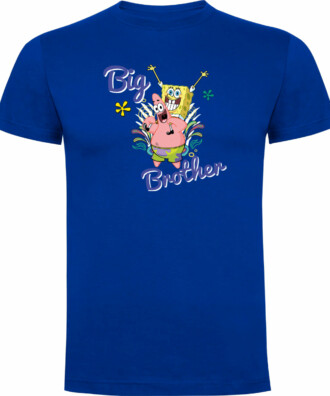 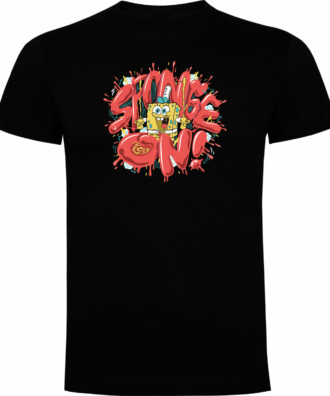 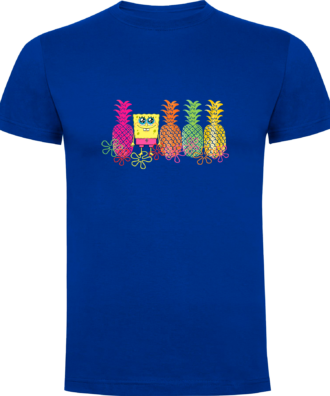 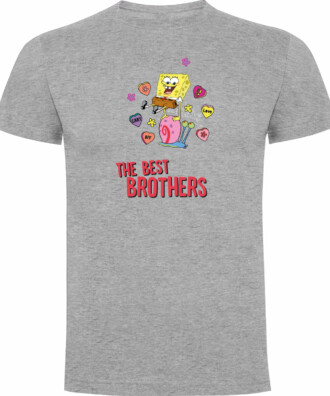 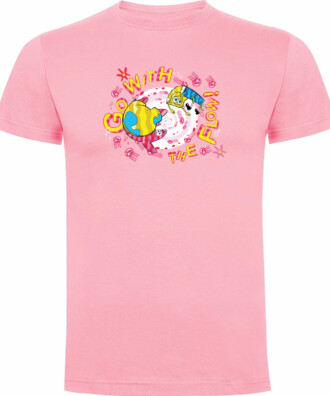 Official designs from the SpongeBob children's cartoon series now available at Rafasshop.Don't miss out on yours! 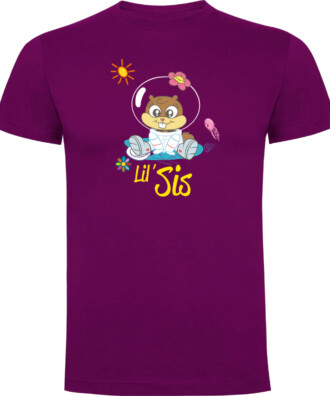 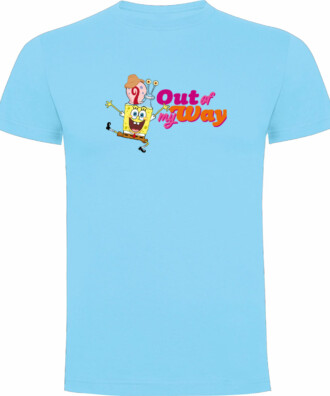 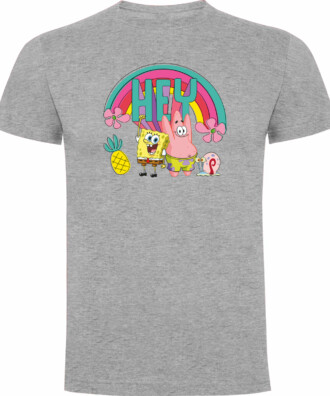 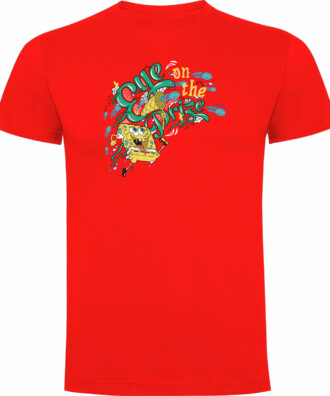 Where does Spongebob come from?

Who was going to tell us that we would be so amused by a sponge with pants that makes hamburgers at the bottom of the sea?

The creator of the Nickelodeon cartoon series SpongeBob SquarePants has such an imagination. With a career in marine biology behind him, Stephen Hillenburg has created a series of (not so) children's drawings that amuses us all with unique, quirky characters and funny.

But did you know that the character of SpongeBob was created while Stephen was studying and teaching his students at the Orange County Ocean Institute in Los Angeles?

He used his characters in a comical way to create in his classrooms a fun teaching about marine life that has ended up costing him an unexpected fame thanks to its good reception on television by all of us, his viewers, who do not get tired of the Bikini Bottom Adventures.

Spongebob and the 7 Deadly Sins

Deeper reflection has been made on SpongeBob SquarePants and this series has been determined to be the best medium for self-reflection. Each SpongeBob character is said to represent one of the 7 Deadly Sins: Sloth, Greed, Pride, Lust, Envy, Anger, and Gluttony. 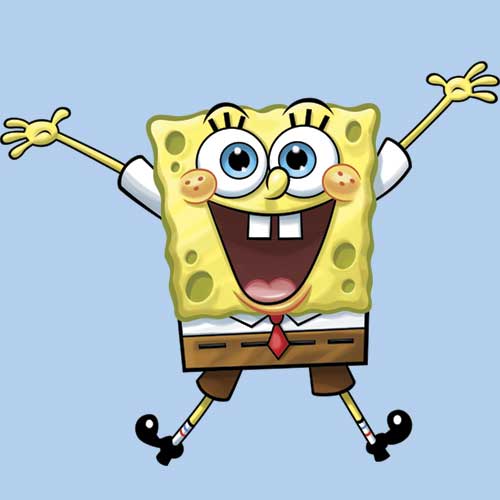 Lust is defined as the passionate desire to do something for pleasure. In this case, lust is perfectly reflected in the SpongeBob character, since he loves his job, he does it with great enthusiasm and enjoying; enjoys being with his friends; he loves life and will never give up until he gets everything he sets his mind to and wants. 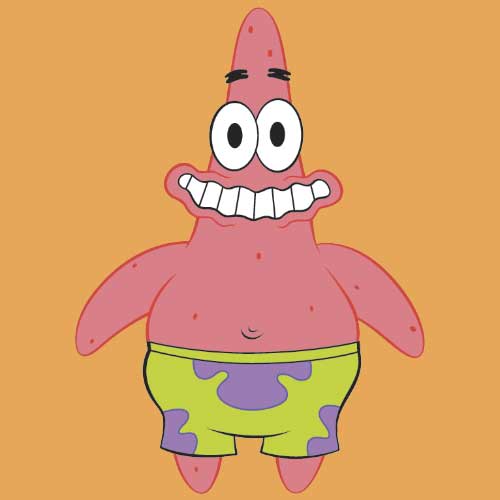 Laziness can be seen in Patricio, that little starfish who spends most of his time sleeping under his rock doing absolutely nothing, that means that this character is lazy and lazy and for this reason represents this capital sin. 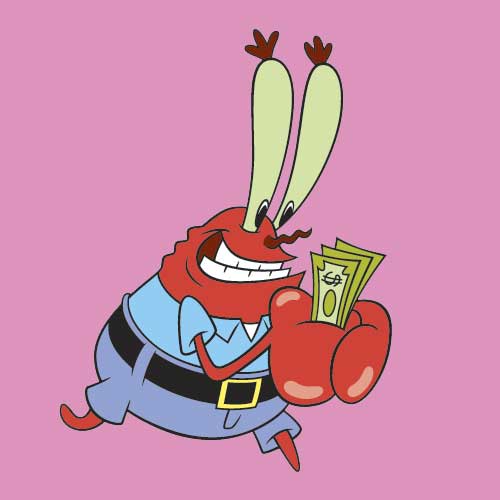 Greed is defined as an excessive desire to get wealth, as an anxious and uncontrollable desire for positive things in general. In this case, it is Mr. Krabs who represents this capital sin since this character abuses his clients and does whatever it takes to get more money and get richer. 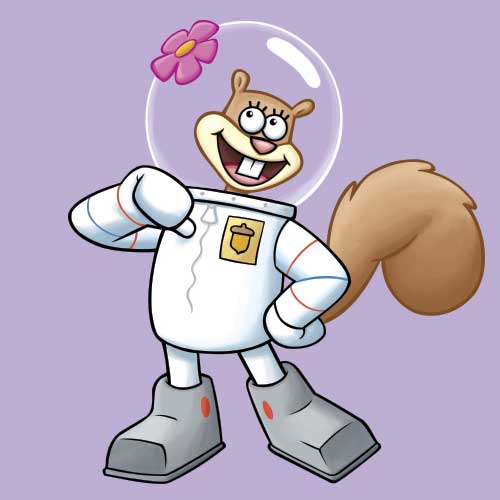 Pride is defined as an excess of appreciation towards oneself and towards the goals that have been achieved for which the person believes they are superior. This sin is reflected in Arenita, since being a terrestrial animal from Bikini Bottom makes her feel superior to the rest. 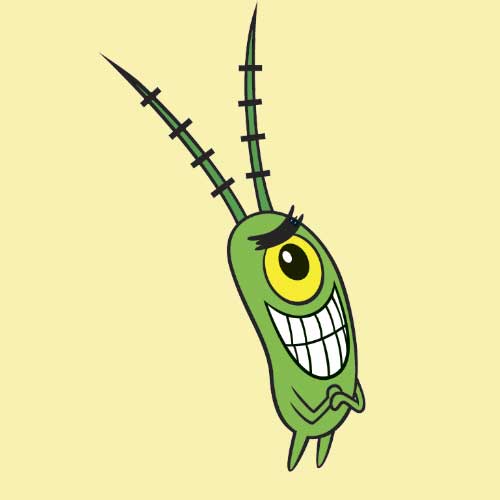 Envy is a negative feeling that a person experiences that they wish they had and do not have something that another person possesses. This is common in Plankton, being the enemy of Mr. Krabs and wanting to steal the recipe of the famous Kangreburguer to be able to also succeed in his restaurant. 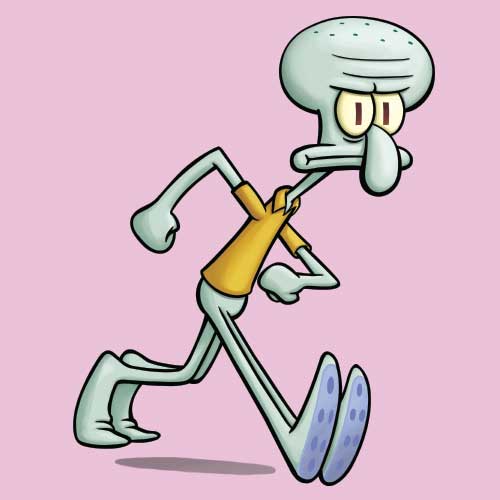 Anger is a feeling of aggressive anger or anger. This sin is reflected in Squidward, he is the only character who always complains about everything, starting with the hatred he feels towards his work in the Crustacean Crustacean, his ironic sense of humor and his resentment for not valuing his creativity. 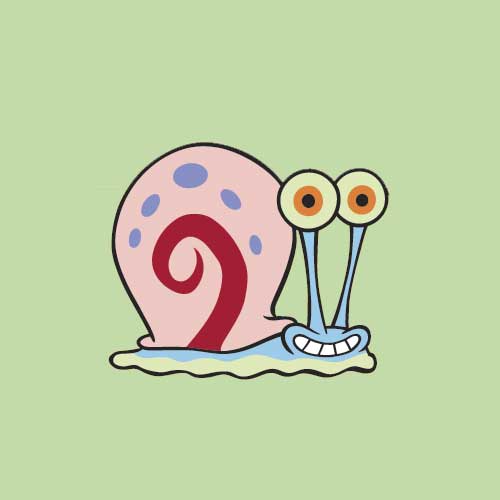 Gluttony is a sin for the Christian religion since this religion sees it as a weakness. Gary represents this sin, he never stops eating. We could see this when SpongeBob feeds him huge amounts and he eats it in a few seconds.

And the curiosities do not end here. Did you know that Bikini Bottom exists in real life?

Stephen Hillenburg chose as the setting to create his famous series called "SpongeBob SquarePants" on the seabed of Bikini Atoll. This atoll is made up of 23 islets and is located in the Marshall Islands, in the Pacific Ocean.

In this region of the world, in the mid-twentieth century, the population was vacated to carry out nuclear tests. Here 67 nuclear explosions took place. Some bombs were even more intense than the atomic bomb dropped on Hiroshima. Bikini Atoll was dubbed a nuclear desert after those bombings.

After 50 years, life seems to be flourishing again. A group of scientists from Stanford University was amazed to learn that there is currently marine life in the crater, which was the result of a bomb explosion.

Today Bikini is disabled for humans. A great curious fact is that the waters, which surround the atoll, have waste from ships of the Second World War. UNESCO deposed this region in 2010 as a World Heritage Site, since despite its concept of an earthly paradise, it is ironically the representation of the age of atomic weapons.

As I tell you, Stephen put a lot of effort into creating a "realistic" world within cartoon fiction.

And so it has been since 1999, SpongeBob has not only stayed in Professor Stephen's classrooms, now he is a classic that we know in almost every corner of the world. 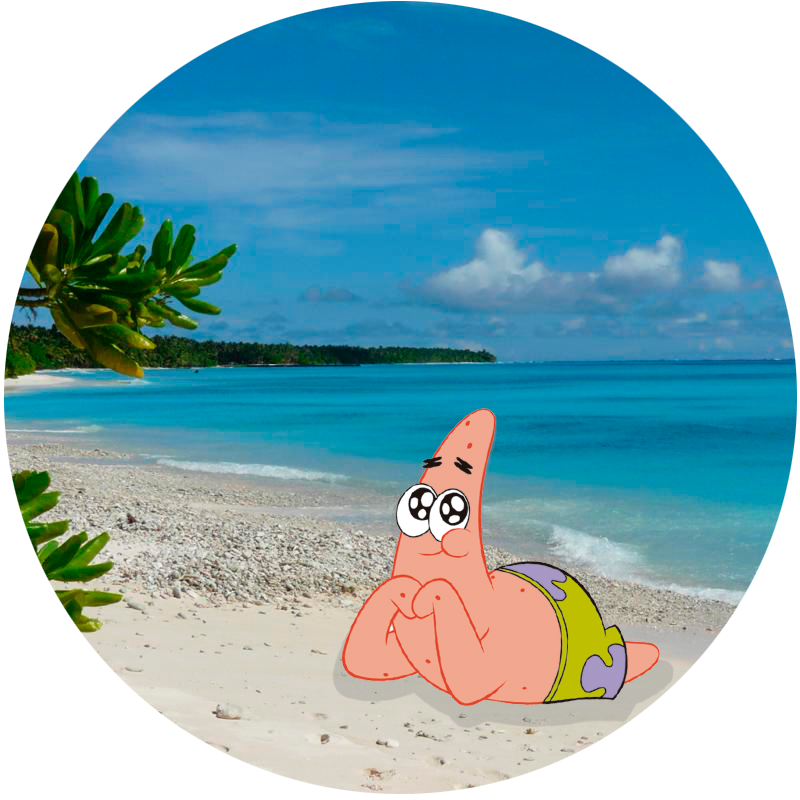 Do you love SpongeBob as much as we do?

Well if so, do not hesitate to buy a shirt, sweatshirt, or whatever you want with a design of this sponge and immerse yourself in the marine world with all these characters that we like so much.
Shop Spongebob Designs
We use cookies and similar tools to improve your shopping experience, provide our services, understand how you use them in order to improve them, and to show you advertisements. These tools are also used by authorized third parties in connection with the advertisements we display.
More info Accept